This article appears in the 2020 VYPE Houston Baseball/Softball Preview presented by Champion Energy, which will be hitting newsstands next week in the Houston-area.

Huffman started district play 0-2 a year ago. The Falcons got hot after that, finishing the rest of the way 6-4 to make the playoffs. Once in, they were unstoppable. Huffman went on to win 38 games in 2019, including the very last, beating Anna 12-0 to claim the Class 4A State Championship. It was the second title for the program in the last five years. So, can the Falcons go back-to-back? Garrett Gates will have to replace Dez Cardenas (North Dakota State) and Alli Humphries (Hillsboro College). Gates (3rd year – 81-33-5) does return seven starters, including State Title Game MVP Katy Janes (Houston Baptist). The senior batted .320 with 11 home runs, while posting a 27-5 record with a 1.36 ERA and 331 strikeouts. Janes was also named all-state and the District Pitcher of the Year. Other key returners include State All-Tournament team selections Kenzie Gates (.291), Christin Haygood (California Baptist University - .355, 4 HR) and Andrea Hortch (.279). Hagan Pike (.342) also returns after being selected first-team, all-district.

Klein Collins was on the cusp of winning the program's first state title a year ago. The Tigers reached the 6A State Championship game but fell to Houston-counterpart Katy. Klein Collins finished 38-3 overall. Heading into 2020, the Tigers will have a different look on the field and in the dugout. Meghan Fisher comes over from Kingwood to take over as the head coach. Fisher does have some players to be excited about with five starters back. First-team, all-district selections Mia Cantu (ULL), Caley McGuff (ULM) and Nadia Almanza (.425) will lead the charge. Cantu hit .519 a year ago and drove in 47 RBIs, while McGuff hit .402 at the dish. Second-team, all-district returners include Abby Ramirez (1.20 ERA) and Arwin Callaway. Other players to watch include Gracie Hull (Oklahoma Wesleyan University) and Cherie Green (Coffeyville Community College). Keys to success for the Tigers in 2020 include first building and maintaining team chemistry among the returners and several new players, Fisher said. She also remarked that players in new roles to maximize strengths as a team will also be key. Klein Collins should be the Class 6A frontrunner in Houston in 2020

Deer Park is a perennial playoff power in Houston. No doubt about it. The two-time state championship program has reached the Regional Finals in two of the last three seasons. Last year, the Deer fell to eventual 6A State Champion Katy. Deer Park finished 33-7 overall. Katie Schaefer enters her third season leading Deer Park and has a dugout with seven starters back. The Deer will have to replace the likes of Sara Vanderford (Texas State) and Amaya Montano (Texas A&M), but have the pieces to reload. First-team, all-district selections Madison Applebe, Courtney Plocheck (UT-Tyler), Kaurie Winters and Alaina Cortez (Lamar) will be ones to watch. The Deer also bring back secondteam, all-district picks Julia York (San Jacinto), Tabitha Burnett (San Jacinto) and Haidyn Hardcastle. Other players to watch include Emily Land (Stephen F. Austin), Alie Alcantar (Texas A&M-Corpus Christi), Emma Overla (ETBU) and Vicki Viaclovsky (Rhode Island). Deer Park will once again be a definite contender in Houston. Can the Deer get back to state for the first time since 2017? We will see.

Katy Tompkins is still one of the younger high schools in the Houston area but they are starting to piece together deep playoff runs in all sports. Add softball to that list. In 2019, the Falcons reached the Regional Semifinals for the first time in program history. After losing just two players (Morgan Wright – University of Iowa; Kendall McGary – Incarnate Word), Katy Tompkins could really make a run this spring. The headliner of the group is sophomore Avery Hodge (Oklahoma). As a freshman, Hodge earned District 19-6A Newcomer of the Year and played on the USA Softball 17U Junior Olympic Team this past summer. Also returning are firstteamers Kat Ibarra (UTSA) and Reagan Heflin, and second-teamers Avery Witten (University of Montevello) and Brooke Lorenzo (Ole Miss). The other player that is currently committed is Taylor Gage (Our Lady of the Lake University). Katy Agiannidis enters her seventh year (72-54-3) leading the program. According to Agiannidis, the keys to success this year include focusing on their consistency and bringing it day-in and day-out.

Atascocita is not far removed from winning the program and district's first-ever softball state championship. Last season, the Eagles were unable to defend their crown, falling in the first round of the playoffs to Deer Park, who reached the Regional Finals. Atascocita finished 17-10 overall. Looking to 2020, the Eagles will have to replace London Marder (Texas) and Bryanna Bell (Prairie View A&M). Seven starters return for Atascocita led by all-state selection Katie Cimusz (Texas). Cimusz led the team, batting .512 with 35 RBIs and 21 extra-base hits. Other key returners include all-district selections Kelsie Kelso (.421, 25 RBIs), Lesly Miranda (East Texas Baptist University - .407, 23 RBIs), Bailey Payne (Texas A&M Corpus Christi - .356) and Skylar Wilabay (ETBU - .343). Other players who are also committed to play at the next level include Sarah Bledsoe (ETBU), Hannah Triplett (Navarro), Madelynn Bernabe (WAGU) and Caylee Spangle (Concordia). Ashley Boyd is in her sixth season at Atascocita with a record of 138-33 overall. Keys to success include power hitting and aggressive defensive play, Boyd said.

The Woodlands enters 2020 once again as a contender. The Highlanders have the talent, that has never been a question about this program. But can they reach the Regional Finals for the first time since 2017, and the state tournament for the first time since 2015? Coach Tim Borths enters his fourth season leading the Highlanders and will have to replace the likes of Amanda Curran (Tennessee) and Abby Jones (Tulsa). Borths does return six starters off a team that went 24- 7, which was ousted in the area round. All-state selections Kayla Falterman (ULL) and Skylar Sirdashney (Wisconsin) return as key pieces for The Woodlands. Sirdashney was also named the District 15-6A Defensive Player of the Year. Also returning is first-team, all-district pick Avery Taylor and second-teamers Katie Emberton and Abbey Newlun (Nebraska). Other players to watch include Madison Martinez (Texas Southern), Jordan Jones (Vernon College) and Haley Mountain (UT-Arlington). Borths' philosophy includes focusing on accountability, teamwork, tenacity, attitude, communication and knowledge. The Woodlands has the players, now can they make a playoff run in 2020?

It was time to party like it was 1994 in Angleton last year. The Ladycats powered their way to the Class 5A State Championship, finishing the year 40-2 overall and winning the program's first title since 1994. The stellar play of senior Aaliyah Garcia helped carry them to the title with her impressive bat (.430, 60 RBIs) and pitching (27-2, 1.46 ERA, 259 Ks in 158 2/3 innings in 30 recorded appearances). Garcia is gone to graduation but the Ladycats have some solid players returning. Junior Mia Scott (University of Texas) is back after hitting .574 with 35 RBIs last season. Also back is Danieca Coffey (LSU), who hit .400 with 29 RBIs and 10 triples in 2019. That duo will pace the offense in 2020. Other key returners include Haylie Savage; who hit .404 with 26 RBIs, Teagan Whitley; who hit .413 last year and Mika Hinojosa, who hit .265 with 26 RBIs last year. So, who replaces Garcia in the circle? Senior Avery Church could see some time there after posting a 7-0 record with a 1.74 ERA last year

It's time to host the VYPE San Antonio Boys Basketball Player of the Year poll. Vote for the area's top UIL athletes until Wednesday April 8th at 7 p.m.

It's been a hectic, but successful 2019-2020 high school athletic year. While we have a break in the action, let's highlight the top VYPE Austin area athletes from the fall sports season (football, volleyball and cross country).

No. 2: Junior quarterback Ace Whitehead recorded 4,982 yards and 75 touchdowns in Lampasas football's run to the UIL 4A Division I state semifinal.

No. 3 Senior quarterback Cooper McCollum had 4,405 yards and 63 touchdowns in Wimberley's run to the UIL 4A Division II state title game.

No. 4: Senior Anthony Monte repped Austin Vandegrift at the UIL 6A boys cross country state meet and marched to a runner-up finish at the end of the season event.

No. 10: Round Rock Westwood junior RJ Martinez recorded 4,253 yards and 42 touchdowns during the 2019 high school football regular season, including a 10-touchdown and 790-yard performance in the finale.

VYPE reached out to the high school community a few weeks ago to have unsigned seniors send in their info.

It was an amazing response, which VYPE was overwhelmed by. To be clear, VYPE is not a recruiting service, we do not send this info to coaches or hold events. The VYPE editorial team just wanted to take this opportunity to use our platform to get the word out there on seniors that are still looking to play at the next level.

We have gathered a few of the Basketball submissions. Check out these senior spotlight selections. 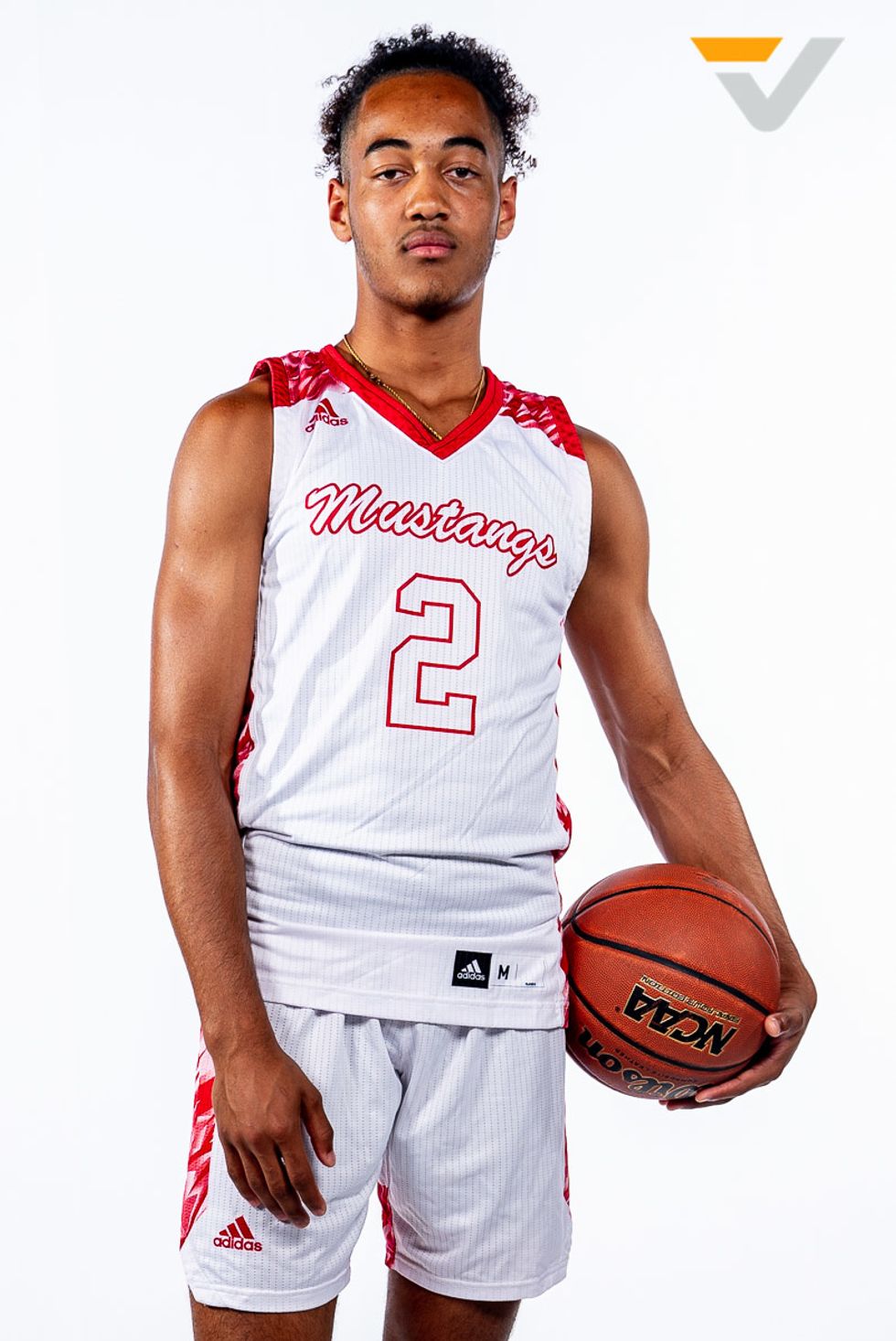 She was a key piece to the Lions' success in the 2019-2020 season, which saw them go undefeated in district play. Not only is Garner solid on the court – named to the Class 4A All-Region and All-State Team – but also in the Classroom. Garner is the 2020 Valedictorian for Jack Yates High School with a GPA of 4.2. 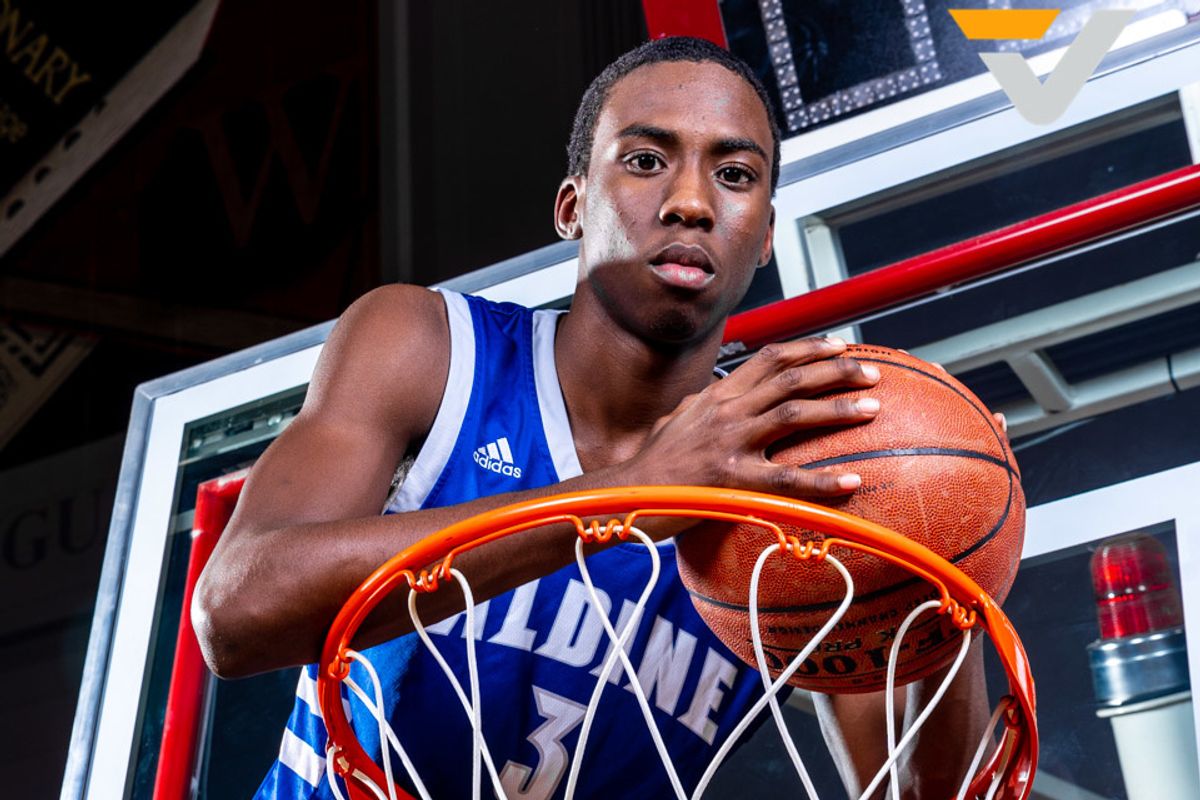 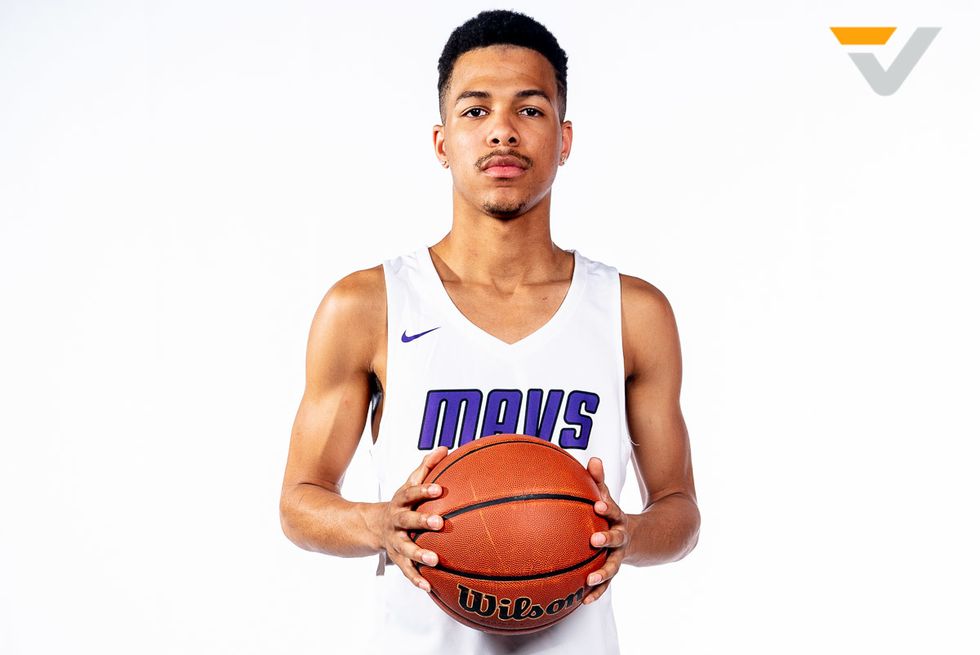 Paul is a 6-foot-3 senior guard, who can play both sides of the floor. He holds a 3.0 GPA at Cy Lakes High School. He was a part of the District Championship team this past year and made second-team, all-district.

Paul is looking to get into something in the technical engineering field.

"I'm really looking for a school that can challenge me on an educational level as well as basketball. My on court performance has been a little of getting up and down the court at a fast past, as I can score on a break almost with ease around the rim and over it being an athletic player when pushing the ball as well as shooting the ball at a high clip. My defense is what really sets me apart because I'm very vocal and active on that side of the floor and being aggressive."

Athletic big that has great hands, runs the floor well, and can finish. Good rim protector and rebounder as well. He is just scratching the surface, upside is TREMENDOUS. #RecruitTheCanes 🤘🏽🏀🤘🏽https://t.co/WDlGpYr7fU 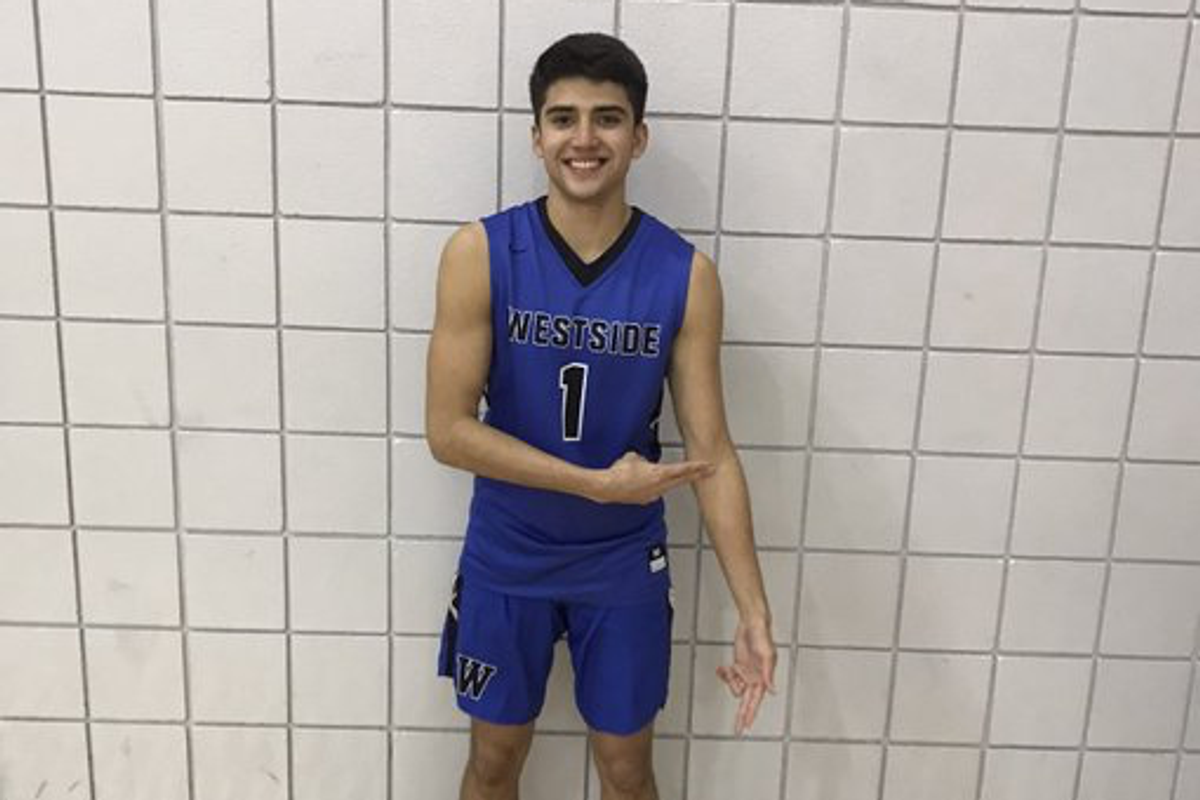 Thomas is a senior at Atascocita High School. He is 6 foot, 180-pounds with a GPA of 3.3. His SAT scores are still in progress.