Entering Friday's UIL 6A state semifinal, Southlake Carroll was preparing for its ninth state final four in program history and Lake Travis was getting ready for its second. That played a part because the Dragons, who advanced to this weekend for the third straight year, overcame a 2-1 hole to win 6-2. They advance to play Fort Bend Ridge Point in Saturday's state final, which has a scheduled 4 p.m. first pitch at Round Rock's Dell Diamond.

"It's a great win," said VYPE Player of the Game Yanluis Ortiz. "We were down, but we stayed together and we came back." 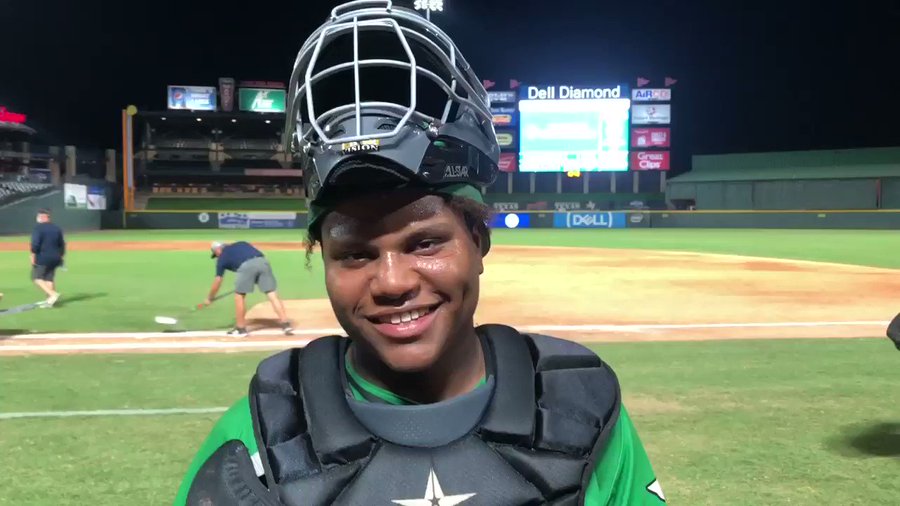 Southlake Carroll's experience showed in the first inning. The Dragons started the frame with Ortiz's double, Austin Hale's RBI single, Brandon Howell's hit by pitch, and Homer Bush's first run of the game. Grant Golomb also intentionally walked to load the bases, but Lake Travis pitcher Brett Baty struck out Riley Garcia and Jaxon Osterberg to get out of the jam.

Lake Travis responded by sending its first three batters to base in the bottom half of the inning. Baty, who was the 12th overall selection to the New York Mets in Monday's Major League Baseball Draft, was hit by a pitch, and pinch runner Dawson French took his place at first base. The latter advanced to second on a wild pitch, and was the force out on the same fielder's choice that allowed Jack Lopez to reach base. Austin Plante added a single, and Braden Olson's two-out walk brought Lopez home for the game-tying score.

It took three more innings for another score to occur. This time, it was Lake Travis who took the lead. Kyle Boyer walked to start the fourth inning, and French took his place at first base. The latter advanced to second on John Riden's groundout, stole third during Kyle Kilgo's strikeout, and scored on Lopez's RBI single.

Southlake Carroll then answered with a run in the sixth. Justin Grech started the frame with a single, advanced to third on Ortiz's double, and scored on Hale's sac fly.

The Dragons added four more runs in the seventh to wrap up their win. Grech's RBI single drove in Bush for the go-ahead score, Ortiz's RBI single added Luke Slahor and Osterberg insurance runs, and Howell's RBI groundout scored Grech for the final run of the game.

INSTANT REACTION: Westlake Too Much for Carroll to Claim No. 3

ARLINGTON - In a matchup with so many storylines, the main theme of the 6A Division I State Championship was Westlake's ability to score at will and hold a dynamic Southlake offense in check in the second half.

Southlake touted the 5-star, No. 1 quarterback in the nation in Quinn Ewers, but Westlake's Cade Klubnik stole the show with his pinpoint accuracy, poise in the pocket and his pure athleticism when he carried the ball.

The game completely turned when Westlake got the game's first stop and subsequently took the lead. Southlake responded late in the second quarter to tie the game at 21, but Westlake went on a methodical, 5-minute drive to go up 28-21.

A hurried Ewers threw an interception on Carroll's ensuing possession. To start the second half, Westlake scored to open up a two-score game - a perfect bookend around the half - as that was a start of a big run by Westlake, highlighted by a big, one-handed interception by Michael Taaffe - his second of the night.

Taaffe's two INTs was enough to name him defensive MVP for the second straight year.

At that moment, the game was essentially over and Westlake would coast to a 52-34 win and its second straight state title.

VYPE UIL 6A D1 Watch Along: Southlake Carroll vs Westlake

Join David, Scott and special guest VYPEU Ambassador Will Turboff as they watch and break down the 6A D2 UIL State Championship Game between Southlake Carroll and Westlake

ARLINGTON - Last week, Katy just completely ran away with things in the first half over Buda Hays, using a dominating defense and a strong ground-and-pound offense with timely passes sprinkled in.

Once again, Katy, which has looked like vintage Katy this year, made things miserable on both sides of the ball for Cedar Hill on the way to an emphatic 51-14 win - Katy's ninth state championship and the first since 2015.

The game unfolded exactly as Katy would have liked: slow; low-scoring. But once the dam broke on Cedar Hill's defense, Katy just poured it on.

No matter what Cedar Hill tried to throw at Katy in the first half, nothing worked, and nearly everything worked for Katy on the way to a 24-0 halftime lead.

Isaiah Smith takes off on the right side of the field for six to give Katy another score before the end of the half. The Tigers lead Cedar Hill 24-0 with :36 seconds left in the second quarter.@tommy_yarrish | @VYPEDFW | #UILState pic.twitter.com/5DZ3xrAHJw
— vypehouston (@vypehouston) January 16, 2021

Cedar Hill finally found some life after a fake punt brought the ball all the way down to the Katy 4. Cedar Hill scored a few plays later but it was too little, too late.

Seth Davis took home the offensive MVP with 124 yards and a touchdown with his brother netting 104 yards on the ground with a score of his own.

As was thought to be the case before the game, Katy's rushing attack and tough defense was just way too much for Cedar Hill to handle, with Kaidon Salter unable to do much.

Future is bright for young McGrady