Following its 13-0 thrashing of Thailand on Tuesday, the US Women's National Team looks poised for a repeat championship run at the FIFA Women's World Cup. But before the U.S. players were lighting up international competition, they developed their skills on the high school circuit. Here, we take a look at the high school careers of five USWNT stars. 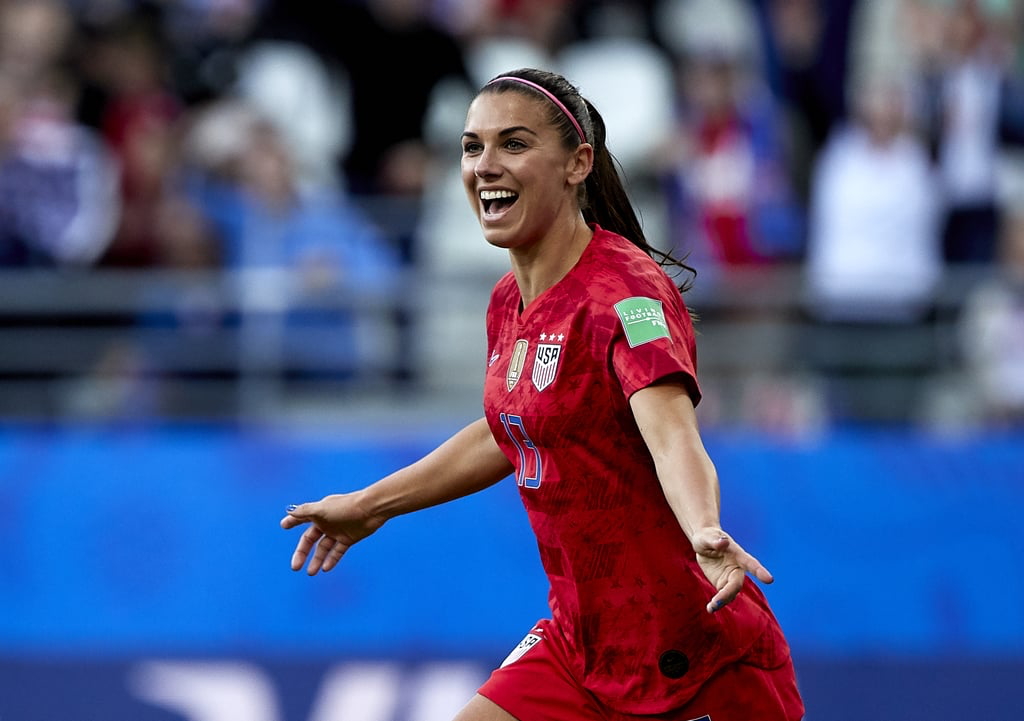 Alex Morgan, the long-time face of United States soccer, has been laying siege on nets from a young age. Growing up as multi-sport athlete, Morgan did not make her club soccer debut until the age of 14. Despite her late start, she rocketed to elite status in high school. At Diamond Bar, she was an NSCAA All-American, a three-time all-league selection and a four year scholar-athlete while also lettering in track and playing volleyball. Morgan garnered attention for her speed and was recruited to play for the Olympic Develop Program (ODP) state and regional teams. At 17, she began her storied national team career when she was called up to the United States under-20 women's squad. Morgan's accomplishments merited a top-50 recruit ranking, and she carried this momentum into college, where she quickly became a star for the California Golden Bears. 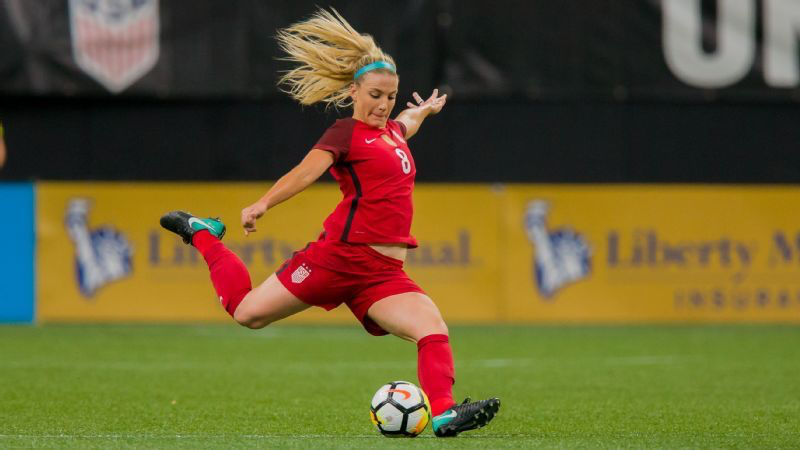 Julie Ertz, the 2017 U.S. Soccer Female Player of the year, never competed for her high school. Instead, she volunteered as a student athletic trainer at Dobson and played for Sereno Soccer Club—a nationally-recognized organization from Phoenix. Ertz's departure from the traditional American high school sports experience has served her well, as she describes her switch to Sereno as the "best decision [she's] ever made." Ertz graduated from Dobson in 2010 and proceeded to shine as a midfielder for Santa Clara University. 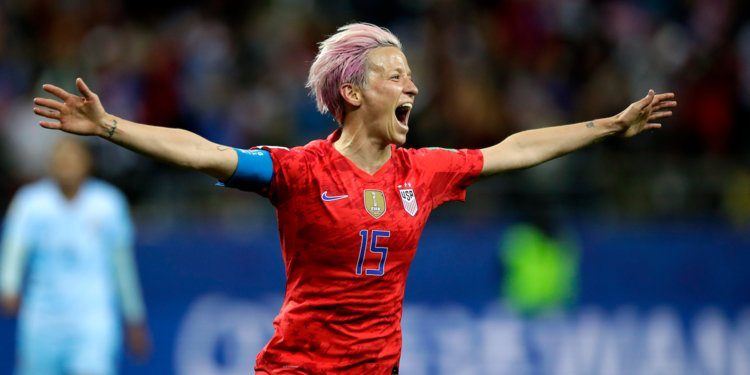 Megan Rapinoe, the crafty co-captain of the US women's squad, also opted to dedicate herself to a club program in high school. Instead of playing soccer at Foothill, she competed for the Elk Grove Pride club team. Her high school athletic career was nonetheless impressive, as she donned Foothill colors on the track and basketball court while keeping her name on the honor roll every semester. After leading her club team to a second-place finish at nationals, Rapinoe was named a Parade and NCSAA All-American as a junior and senior. Like Morgan, Rapinoe also played for state and regional ODP teams. Upon her graduation from high school in 2005, Rapinoe continued her excellence at the University of Portland. 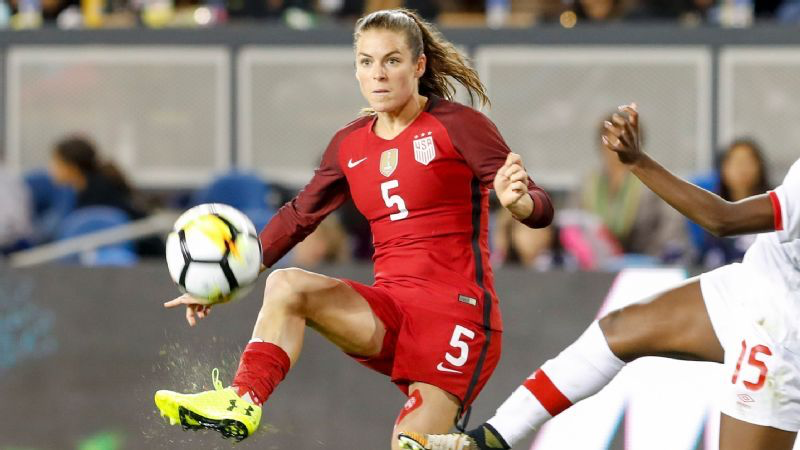 Kelley O' Hara, perhaps the USWNT's most versatile star, is a high school legend in Georgia. During her time at Starr's Mill, O' Hara was a two-time Parade and NCSAA All-American as well as the 2006 NCSAA and Gatorade Georgia State Player of the Year. A two-year captain, she led her team to a state title in 2006. These endless accolades and wins gave O' Hara a top-5 recruit ranking coming out of high school, and she only improved during her legendary career at Stanford. 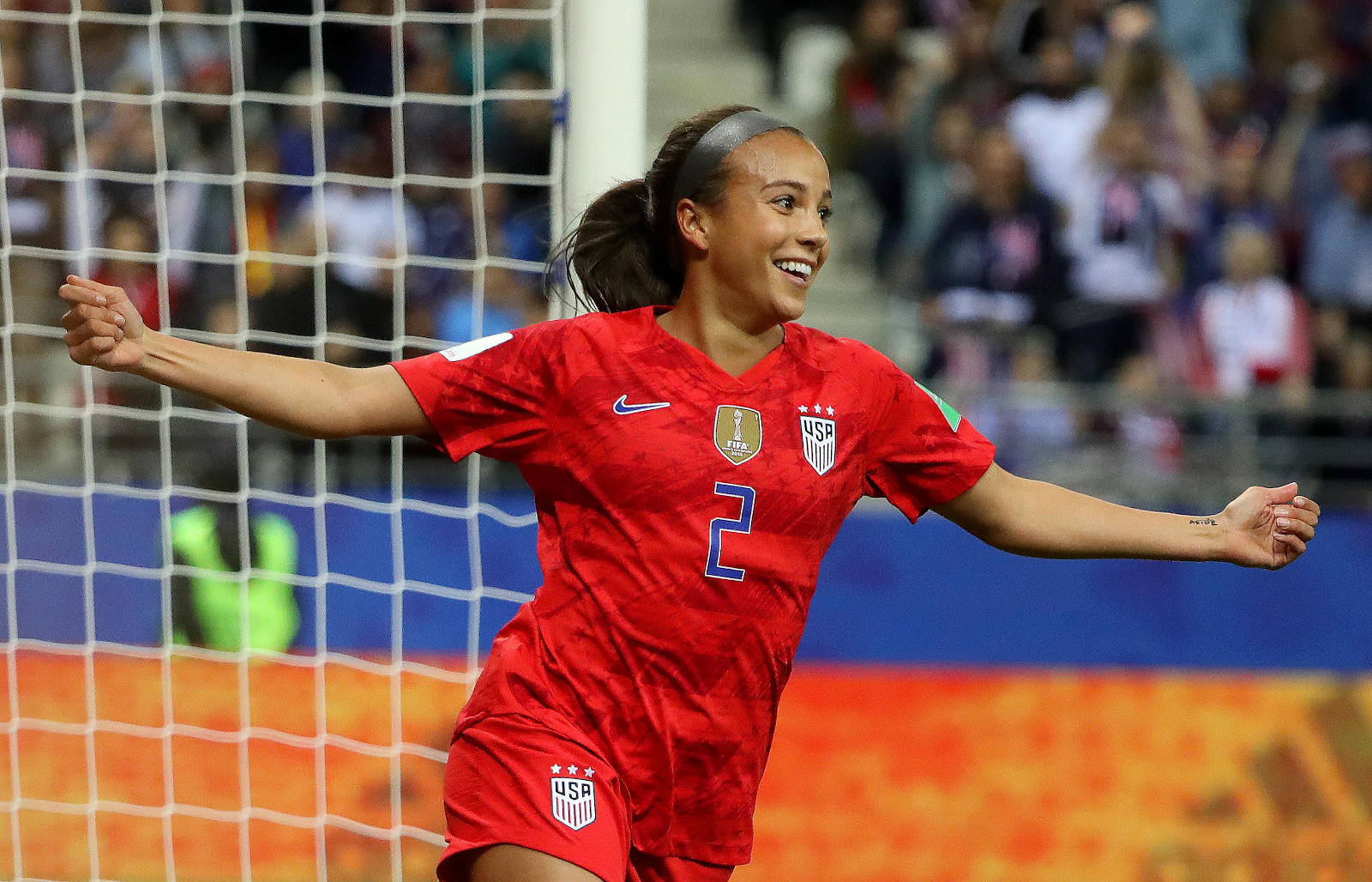 Mallory Pugh, the second youngest player on the USWNT roster, is less than four years removed from her last high school game. Her spot on the squad is more than amply backed up by her sprawling high school resume. Over her three seasons playing for Mountain Vista, Pugh was named the Gatorade National Girls Soccer Player of the Year, NSCAA Youth Girls National Player of the year (twice) and Colorado High School Female Athlete of the Year—amongst countless other titles. Pugh has been playing for been playing for US National Teams since 2013, when she made her debut with the U17 squad. In 2016—after graduating from high school—Pugh delayed her enrollment to UCLA in order to compete in the Rio Olympics and FIFA U-20 World Cup. Having already proved herself against the top competition in the world, Pugh represented UCLA in just three scrimmages before deciding to skip college altogether to pursue a professional career.

Need a copy of our magazine? Can find it anywhere? Subscribe to our home delivery service here!

With an appearance in the UIL Conference 6A state semifinals during the 2018-2019 season and a halted 2019-2020 season, the Allen Lady Eagles are as ready as ever to get started on district play.

HOUSTON - The Ninth Annual Touchdown Club of Houston Hildebrand Foundation Private School Awards are set to take place at the Omni Hotel in the Galleria on Wednesday night.

For family and friends that cannot attend this year's event due to restrictions, VYPE has partnered with the Touchdown Club of Houston to broadcast the evening LIVE on VYPE.com and the TD Club of Houston Facebook page.

"We are proud to partner with the Touchdown Club of Houston on their 9th Annual Private School Football Awards, as they recognize the incredible accomplishments of Private School football players across this great city," VYPE Media CEO Shane Hildreth said.

NO STARS, NO PROBLEM: College Park's Scott commits to LSU

Before the 2020 season, College Park's Marcus Scott II was off the grid.

"When I got on varsity, I wasn't 'the guy'," Scott said. "I was blessed with good height (6-foot-2), but I had to turn myself into 'the guy'. I was fast but needed to become more fluid and athletic, and I worked really hard on it."

IN FOCUS: Pasadena stealing the headlines in district play

Lake Dallas Lady Falcons: the race to No. 1